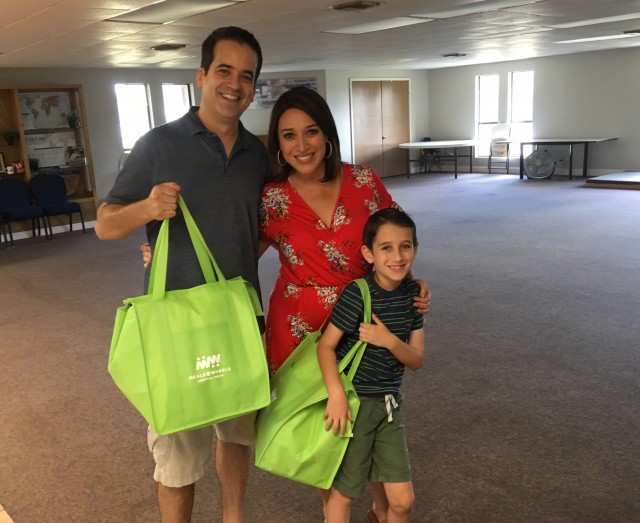 When KVUE anchor Yvonne Nava asked her husband, Longhorn Network Anchor and Play-by-Play Announcer Alex Loeb, what he’d like for Father’s Day this year, he didn’t hesitate.  He wanted to volunteer for Meals on Wheels Central Texas.

Loeb used to deliver meals in Connecticut when he worked at ESPN and Nava worked for the NBC affiliate in Hartford.   Loeb began volunteering after his grandmother passed away.  “She was always talking about helping out those less fortunate or those in need and so it made me realize I wanted to help people out and I got started from there,” he recalls.  The couple’s first child, Liam, was one year old at the time and Loeb would take him along on his meal routes.  Although Liam was too young to appreciate what was going on, volunteering made a big impression on his dad.

“He would come home and tell me all of these great stories about people he had met, things he had learned, and friends that he had made,” says Nava of her husband’s volunteerism in Connecticut.

The Friday before Father’s Day this year, the couple and Liam delivered meals to some of the homebound people we serve in Southeast Austin.  Loeb says the experience was the only present he needed.  “It sounds cliché, but I get more happiness out of giving then getting something.”