Everything came out great and I love how everything looks. 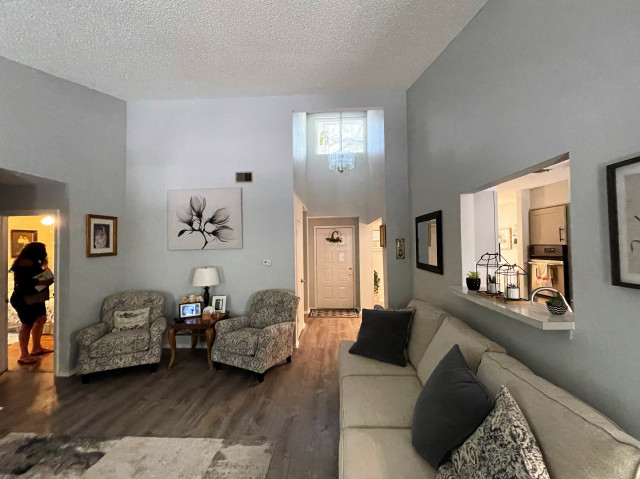 Longtime Austinite, Robert Contreras is enjoying retirement. Just two years into it, Robert looks back at 30+ years of driving a cement truck and is happy to be at home with his wife, Lupe, enjoying their home that they purchased in the late 80's. He fills his time walking over two miles a day and cooking dinners for the both of them "I do about 90% of the cooking now," Robert laughs. While he can't play basketball pick-up games like he used to for over 20 years, he likes to wind down going to the library and listening to Tejano music in the evening. Robert and Lupe met at a party after he returned from serving in the Airforce between 1966-1970. They've been together ever since. They raised her children in the house in South Austin which was only five years old when they bought it. But as is often the case, time and weather wore down their home. The roof needed repairs, the siding had started to rot and the flooring became difficult to safely walk on, and windows needed to be upgraded. Robert found out about the Meals on Wheels Central Texas program from his son's girlfriend. He applied and was quickly approved. Because of the generous funding from The Home Depot Foundation, Robert and Lupe now have had roof repairs done, new siding, upgrades to their windows and bathrooms as well as new flooring to ensure accessibility and safety in the bedroom. Now Robert and Lupe can feel comfortable when their children and eight grandchildren pay a visit. Robert likes the kitchen most of all when he decides to cook. " It's nice and clean. I always like to clean as I go." He's grateful for the changes to the family home stating " everything came out great and I love how everything looks."