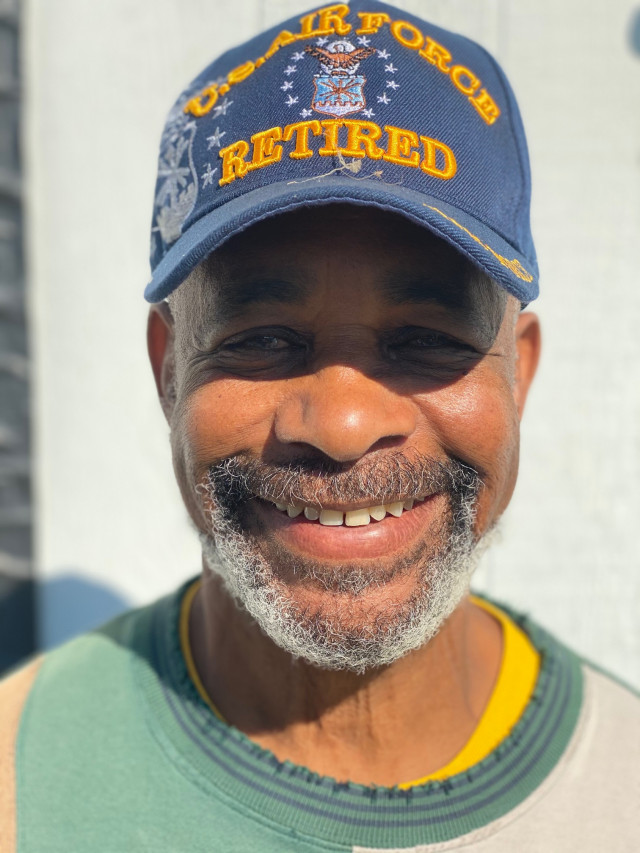 After two decades of serving his nation, Robert McIntyre then spent 10 years in daily service to his dying younger brother.

When he joined the Air Force in 1974, Mr. McIntyre continued a family tradition of enlisting for military duty; four of his older siblings and an uncle were in the armed forces.

After retiring from the military, Mr. McIntyre worked for the Austin Police Department as an administrative clerk.  During that time, his younger brother, Allie, was diagnosed with ALS, also known as Lou Gehrig’s disease.  For nearly a year, Robert McIntyre spent most of his non-working hours commuting to and from Smithville, Texas, a 100-mile roundtrip, to care for Allie.  In 2010, he quit his job at the police department to move to Smithville so he could care for Allie around the clock.  On Valentine’s Day, 2017, Allie passed away.

Three years later, the home the two brothers shared was in desperate need of repairs.  The flooring was in especially bad shape.  “The only thing holding me up was the carpet,” Robert McIntyre recalls.  But ‘my income couldn’t afford the repairs,” he says.

That’s when a friend told him about the Meals on Wheels Central Texas (MOWCTX) Home Repair program.  Using funds generously provided by The Home Depot Foundation, MOWCTX installed new flooring, as well as new doors and windows. Mr. McIntyre is thrilled with the finished product: “it’s so amazing. It’s more than a blessing.  Thanks to Meals on Wheels Central Texas and The Home Depot Foundation for making this dream come true.”