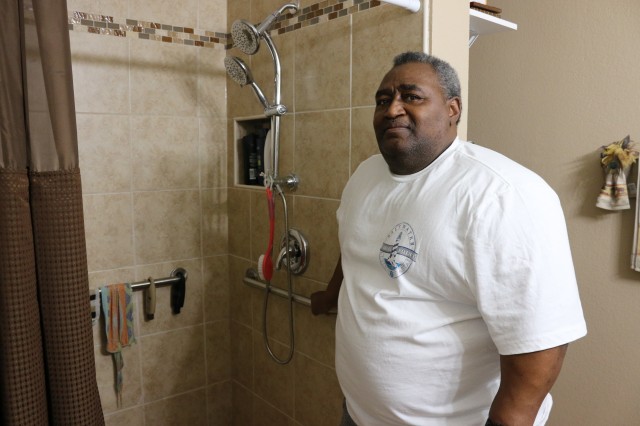 Crawling through the jungles of Southeast Asia may have saved Ernest Carter’s life when he was in Vietnam – but there’s no doubt it also eventually ruined both of his knees.

Now 74-years-old, Mr. Carter is unable to get around without using a walker.   Standing for any period of time is an exercise in pain.    But thanks to home renovations done recently by Meals on Wheels Central Texas and The Home Depot Foundation, his house is now a safer, easier place for him to live.

Work included putting in an accessible shower, toilet, and bathroom sink, repairing cracks in walls and ceilings, and removing cracked flooring and replacing it with vinyl plank.

“I’ve got a good home, but I can’t fix it myself anymore.  I don’t know what I’d do without Meals on Wheels and The Home Depot Foundation,” Mr. Carter says.