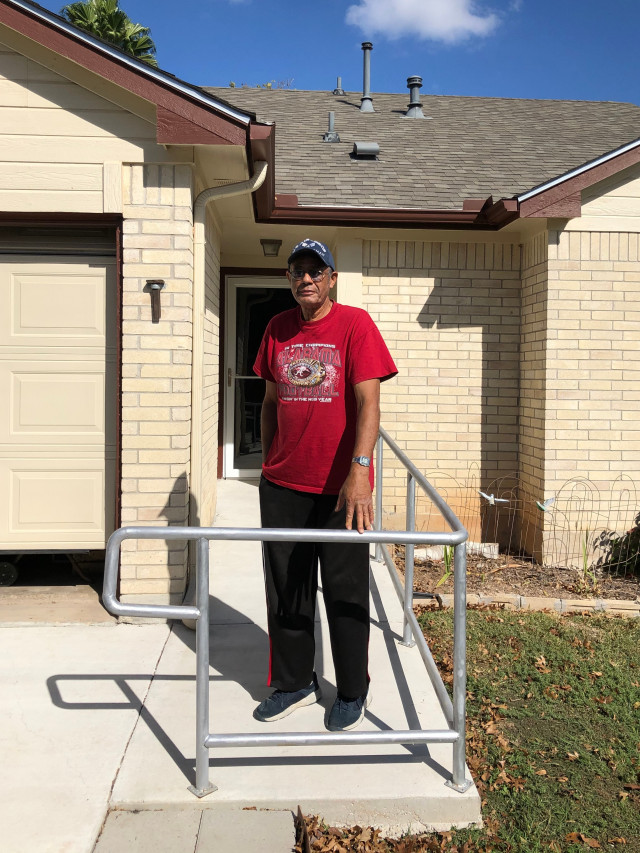 “It means I have a place to call home,” says 66-year-old Charles Gibson of the house he bought in East Austin 20 years ago.

Mr. Gibson, who served in the U.S. Air Force as a Medical Service Specialist, moved to the Austin area in 1974 when he was assigned to Bergstrom Air Force Base.

Earlier this year, it became apparent that Mr. Gibson’s home needed repairs but he lacked the funds to pay for them.

But Meals on Wheels Central Texas Home Repair was able to help him using funds generously provided by the Home Depot Foundation.   Workers installed brand new exterior doors and storm doors, as well as a code compliant concrete ramp, with handrails, to Mr. Gibson’s front porch.  Also included in the repairs were a newly paved driveway, the widening of his master bathroom door, and new master vinyl plank flooring in the living room.

Mr. Gibson is thrilled with the repairs which allow him to age in place with dignity: “I wouldn’t have been able to afford to do the repairs on my own.  I want to thank Meals on Wheels Central Texas and the Home Depot Foundation.”