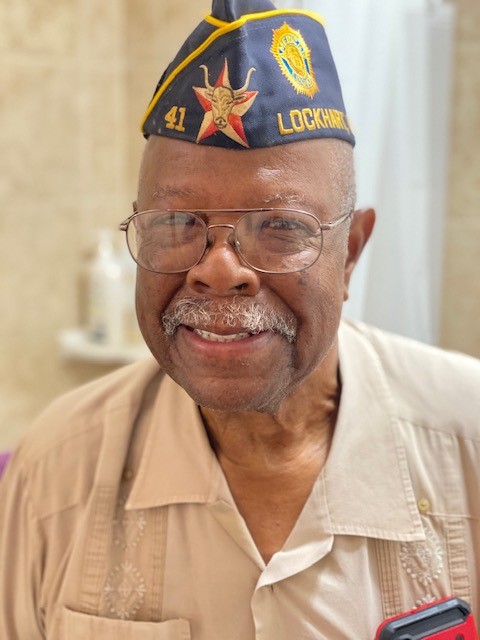 U.S. Army veteran Homer Williams served three years working as a radio repairman, spending time in Augusta, Georgia, South Korea, and Fort Hood, Texas. After he left the Army, he had a varied career as a carpenter working on buildings in downtown Austin and spent 20 years working for the United States Postal Service.

Lockhart is the place Mr. Williams grew up and wanted to come back to. He and his wife, Shirley, purchased their current home in 2015. At age 82, Mr. Williams has had three back surgeries, a hip replacement, and open heart surgery. He said that sometimes his hip still bothers him even after his surgery. One day this past winter, he tried to take a bath and realized it was becoming too difficult to get in and out of his tub. Mr. Williams remembered a presentation about services provided for veterans that he attended at his local VFW, and reached out to the Meals on Wheels Central Texas Home Repair team.

Thanks to generous funding from The Home Depot Foundation, our Home Repair team was able to provide renovations which made his bathroom accessible. They removed his tub and replaced it with a walk-in shower that has seating and grab bars, as well as replacing some of the flooring. “It was a great help. I can hold onto the rail and take a great shower and feel like a king,” said Mr. Williams.

He shares his gratitude for the team who helped to make his home a safer place to live. “I appreciate Home Depot for providing the funds and really appreciate [Meals on Wheels Central Texas] for listening and reaching out to me and helping me with my need and seeing to it that it got done. We’re really grateful.”