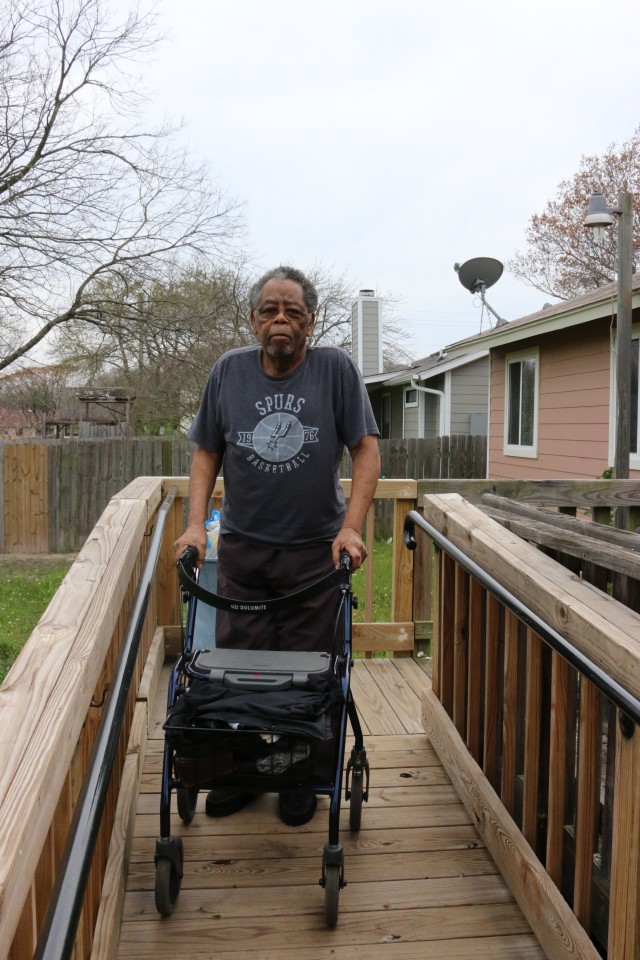 Seventy-nine year old Lee Marvels served his nation six decades ago, joining the army, where he trained to work in military field hospitals.

He and his wife, Wilma, will celebrate 60 years of marriage next year, and they live in the house they bought back in 1984.  A couple of years ago, Mr. Marvels had to start using a walker to get around – due to severe back and knee problems.  Navigating his home became nearly impossible.

But thanks to generous funding from the Home Depot Foundation, Meals on Wheels Central Texas’ Home Repair program was able to recently modify and improve the Marvels’ house.  Improvements included taking out an existing bathtub and installing a walk-in shower instead; building an outside ramp to make it easier for Mr. Marvels to enjoy his back yard, and widening doorways to accommodate his walker.

Mr. Marvels says the modifications to his home have been a game-changer, and for that, he’s grateful: “I really appreciate the Home Depot Foundation and Meals on Wheels Central Texas.  They are doing a great job of helping seniors.”