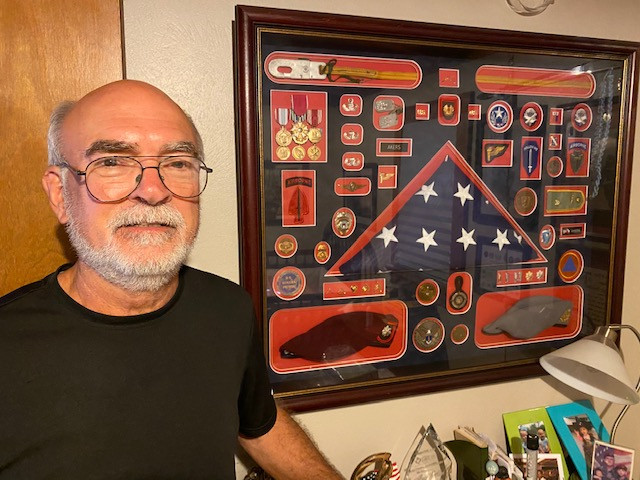 Gaylon Akers’ dedicated service to our nation took an excruciating toll on his body.

After going through airborne training in 1969, Mr. Akers performed nearly 300 parachute jumps over the ensuing 35 years.  “My spine and neck are pretty used up,” he says of the decades he spent in the Texas National Guard and U.S. Army.

A spinal simulator that doctors with the Veterans Administration implanted in his body a few years back helps him live with the constant pain he experiences.  And house renovations done by the Meals on Wheels Central Texas Home Repair program, using generous funding from The Home Depot Foundation, help him navigate the place he and his wife, Mary, have called home since 1994.

In addition to repairing the foundation of the house, workers also fixed holes in the sheetrock, installed a new HVAC system, replaced old carpeting with new laminate tile, and built ramps which make it easier for Mr. Akers to get in and out of his home.

“We’re thrilled with the job they did and we’re almost speechless over how much they helped us. I can’t say enough good things about The Home Depot Foundation and Meals on Wheels Central Texas,” he says.