“I Knew She Was the One” 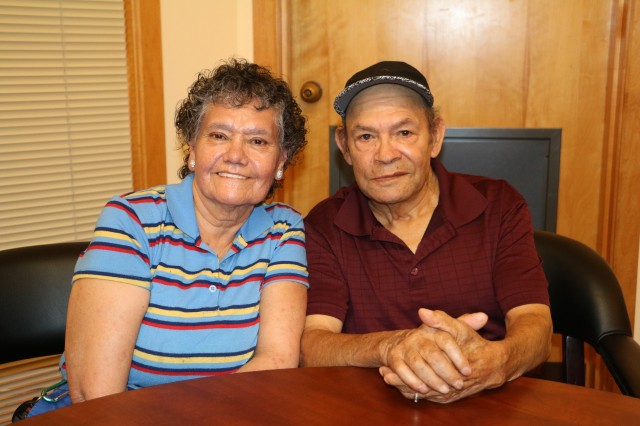 Meals on Wheels Central Texas Senior Centers certainly provide a fun, welcoming way for older adults to socialize and make new friends.  But sometimes those wonderful friendships evolve into something even more meaningful.

“This is my girl, the woman of my dreams,” says a beaming 75-year-old Aniceto Gonzales Ortega of his 66-year-old wife Felicitas Ortega who is seated next to him.

Mr. Ortega’s dreams came true after he started attending Meals on Wheels Central Texas’ Senior Center program at the Durwood Senior Center in South Austin back in 2016.  That’s where he met Ms. Ortega, who had started coming to the program with her father five years earlier.

Mr. Ortega says the first time he saw her “I knew she was the one.”  Ms. Ortega noticed him and invited him to sit and visit with her and her father.  Aniceto and Felicitas became friends that day and over the course of several months, the friendship deepened.  But it wasn’t until Mr. Ortega locked his keys in the car at a McDonald’s one evening and Ms. Ortega had to come rescue him that the two realized this was something more than a friendship.

They eventually got married in March 2018, and most weekdays, you’ll still find them at the Durwood Senior Center.  “I like that we play bingo, we paint, we do puzzles, and we visit,” says Ms. Ortega of the quality time they spend with their friends there.  Mr. Ortega adds “I love coming here because we have so many friends here and they’re all nice!”