“I Was Proud to Serve My Country” 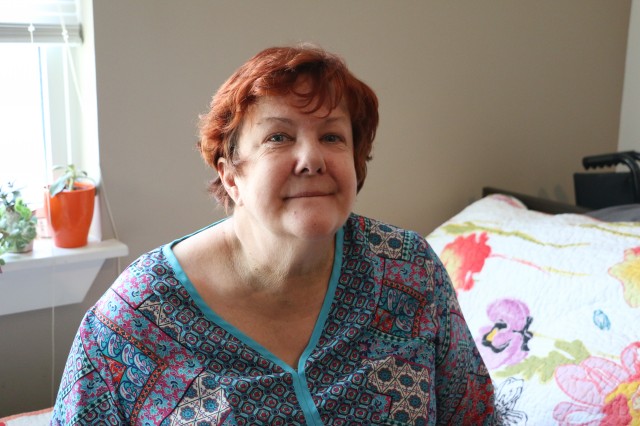 Mary Dyche spent her entire working life caring for others during their most vulnerable moments. Ms. Dyche was a nurse - a profession she set her sights on as a young girl after a family vacation turned into a medical nightmare for her. “I was 10 or 11 and we went camping and I developed dysentery and went to the hospital. I saw what some nurses were doing and what some nurses were not doing and I said to myself ‘I’m going to be a better nurse than that’ and that’s what got me started,” she recalls.

After graduating from nursing school, she eventually joined the U.S. Air Force for four years and was stationed for most of that time at Yokota Air Force Base in Japan. “I was a nurse in the hospital there,” says Ms. Dyche. “I wanted to go into battlefield nursing but they (her superiors) wouldn’t let me. They said I was needed at the hospital. But I was proud to serve my country and was glad I could do something.” Upon her honorable discharge from the Air Force, she worked as a nurse in various parts of the U.S., including on an Indian reservation in New Mexico.

When she retired, Ms. Dyche moved to Austin at the suggestion of a friend. All was well until Ms. Dyche broke her ankle and was hospitalized for a week. After getting out of the hospital, she was told by her doctor she would need help with the activities of daily living while she recuperated – her doctor recommended an in-home attendant. That’s how Ms. Dyche found out about Meals on Wheels Central Texas In-Home Care. She admits she was less than enthusiastic at first about accepting the help: “I was a little mad that I had to take in-home care, but once they started coming, I said ‘go for it’.”

[My attendant] helped me do everything. She even cooked me dinner! She helped me take a shower, she helped me keep my home clean. She did everything that needed to be done,” Ms. Dyche says. All of that assistance allowed her injuries to heal and Ms. Dyche to get back on her feet. These days, she can cook and take a shower on her own and her in-home care attendant still does light housekeeping for her.