“It Feels Good to Help Somebody” 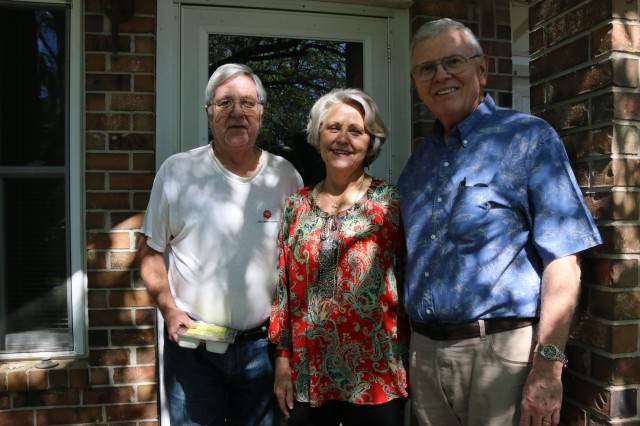 Back in the 1960’s, while the two were in high school, they worked side by side as soda jerks at a drugstore in their hometown of New Boston, Texas.  “We both were behind the soda fountain making shakes, banana splits, and sandwiches,” recalls Jack.   The couple got married in 1968.

After a half-century of marriage, the two are still side by side.  But instead of making the food, these days they deliver it – specifically to homebound older Williamson County residents served by Meals on Wheels Central Texas.

Ms. Chisum began volunteering first – way back in the 1980’s.  Perhaps it was inevitable she would volunteer to help older adults.  “I grew up with both of my grandmothers and they were very close to me.   Neither of them could drive, so I always did things for them.  It was a natural thing for me.  [The Meals on Wheels Central Texas clients] are in need of help and it feels good to help somebody,”” she says of her efforts.

Her husband, who worked for State Farm Insurance for more than 30 years, joined her on her weekly Round Rock meal route every Wednesday once he retired in 2006.  “It’s just a good opportunity that we can be together and volunteer and make a difference in our community,” Mr. Chisum says.  He adds that he and his wife have grown close to the clients on their route: “These folks have become friends.  We’ve gotten to know them, and it’s good to see them on a weekly basis and talk to them, smile with them, and wish them a nice day.  It’s just like your friends who you’ve known for years.”