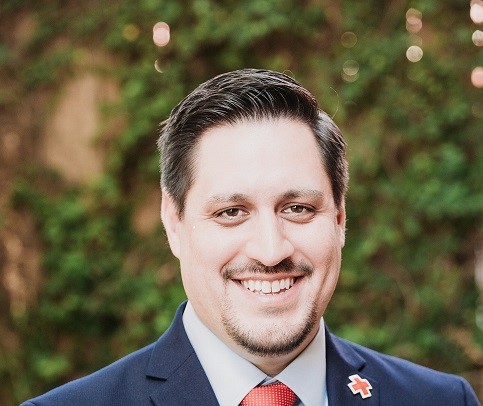 The Meals on Wheels Central Texas (MOWCTX) Board of Directors announced that it has selected Henry Van de Putte III to serve as the agency’s new CEO. Van de Putte will officially join MOWCTX on Monday, February 7. A national search for MOWCTX’s top executive was launched in the fall of 2021, after President/CEO Adam Hauser announced his retirement. “We are excited to welcome Henry to MOWCTX,” said Norine Yukon, board chair for MOWCTX. “We believe his record of successful leadership in non-profit organizations and for-profit industry make him ideally suited to help MOWCTX grow and thrive.”

Van de Putte comes to MOWCTX the organization from American Red Cross, where he has served since 2017—most recently as CEO and executive director of American Red Cross of the Texas Gulf Coast. In this position, he has managed a complex organization with a variety of divisions, ranging from hurricane disaster relief to delivering lifesaving courses and providing blood services to 15 Houston area hospitals. “I am honored to be given this role and excited to join the highly dedicated team of staff and volunteers,” Van de Putte said. “Together, we will build on the 50 years that MOWCTX has successfully served homebound seniors and people with disabilities—with meals and so much more. It is truly one of the most important missions there is.” Van de Putte, a native of San Antonio, holds a political science degree from St. Mary’s University. He was recognized as CEO Communicator of the Year for 2020 by the Public Relations Society of America (PRSA) Houston chapter. Prior to joining American Red Cross in 2017, Van de Putte served as director for Central Catholic High School in San Antonio; director of operations at Dixie Flag Manufacturing; and in corporate communications with ESPN. His twin children Camille and Henry IV are six years old.

Van de Putte succeeds Hauser, who became CEO of MOWCTX in 2017, following nearly three decades of service to the organization as a volunteer, a board member, and chair of the board. Prior to accepting the CEO role at MOWCTX, Hauser had a successful legal career, including serving as the office managing partner of the Austin office of Husch Blackwell, a national legal firm. “Adam is a dear member of the MOWCTX family,” said Yukon. “During his tenure, the reputation of our agency has continued to grow and we are profoundly grateful for the leadership he has provided, especially during the challenges we faced over the past two years. We wish him and his family the very best as he embarks upon retirement.”