“My Path Has Been So Blessed” 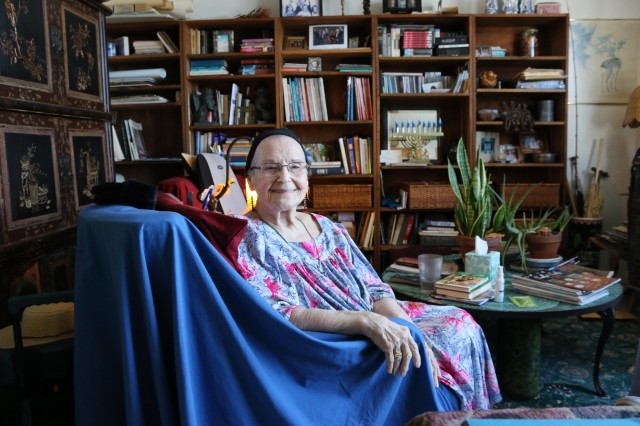 Glenda Kuhn has a career plan for the afterlife.  The 85-year-old retired social worker wants a bench by her gravesite and, on the bench, a sign that reads “come sit down, let’s talk about it.”

Ms. Kuhn spent much of her professional life counseling people who were dealing with such gut-wrenching issues as domestic and substance abuse.   She knew first-hand the emotional and physical pain that many of her clients were experiencing, having survived an abusive relationship and alcoholism herself.  “It was a very bad situation,” she says of the marriage which lasted 10 years and ended in divorce.  Ms. Kuhn went on to earn a degree in Social Work from the University of Texas and spent the next several decades in service to others.  “My path has been so blessed because I’ve done a whole lot of things and they’re all because my path crossed somebody else’s path,” says Ms. Kuhn.

But, in 2013, after years of helping others, Ms. Kuhn needed assistance in maintaining her independence.  “I’ve got macular degeneration and I’ve got a bunch of things wrong.  I was starting to forget things and starting to burn things occasionally. So I was not in good shape and over time not in good shape got to be bad shape,” she says.  So she turned to Meals on Wheels Central Texas for help and our dedicated volunteers were soon delivering meals to her East Austin apartment.  She credits our nutritious lunches with improving her health and helping her lose more than 50 pounds, developments she says have greatly pleased her doctor.