“Thank You for Giving Me Back Part of My Life” 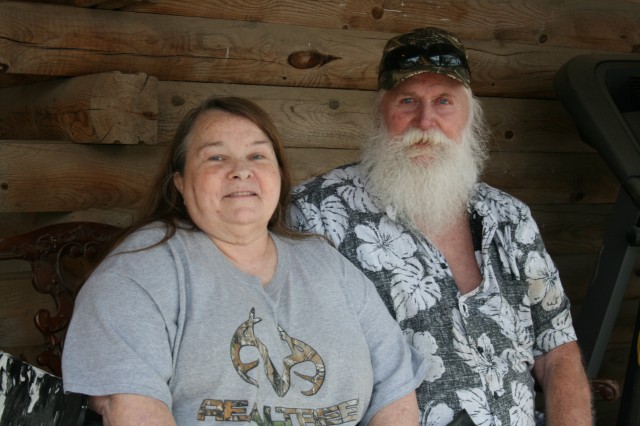 For the past 22 years, the couple has lived in their home in West Point, Texas, 50-miles southeast of Austin.  The house is special to them.  “I could walk through and see my whole life here,” says Ms. Hall.

But in August 2017, the ravaging remnants of Hurricane Harvey slammed into the home.  “When it hit, it was wind-driven rain.  We got 39-inches of rain.  It started pouring in (from the ceiling), over our fireplace.  It looked like a waterfall,” Ms. Hall says of her fire mantle.

Fortunately, the Halls were not injured – but their house was in shambles, and their insurance company refused their claim.  “When you’re on fixed income, you don’t have any money to pay to cover something like this,” says Ms. Hall.  Because the Halls couldn’t afford the repairs, black mold began to grow inside the house when the floodwaters receded.  Ms. Hall has asthma and the mold made it impossible for her to live in the home.

So, for the past 18-months, she and her husband, who has been diagnosed with prostate cancer, have been living in a camper trailer on their property.  The camper lacks hot water, and the bathroom inside of it is small and difficult for the Halls, both of whom live with disabilities, to use.

But a generous grant from the American Red Cross allowed Meals on Wheels Central Texas (MOWCTX) to help the couple restore their home.  MOWCTX repaired the bathroom in the Hall’s house, not only restoring it to its’ pre-Harvey condition, but also replacing an old bathtub with a brand new walk-in shower.  MOWCTX also installed an exhaust fan in the bathroom to alleviate the mold situation there.  Ms. Hall says she now looks forward to her daily showers:  “That’s just my relax time.”

While repairs on the home continue, the Halls are grateful for all of the assistance they’ve received from Meals on Wheels Central Texas and the American Red Cross.  “Thank you for giving me back part of my life, and easing some of the stress of wondering how we would survive this,” says Ms. Hall