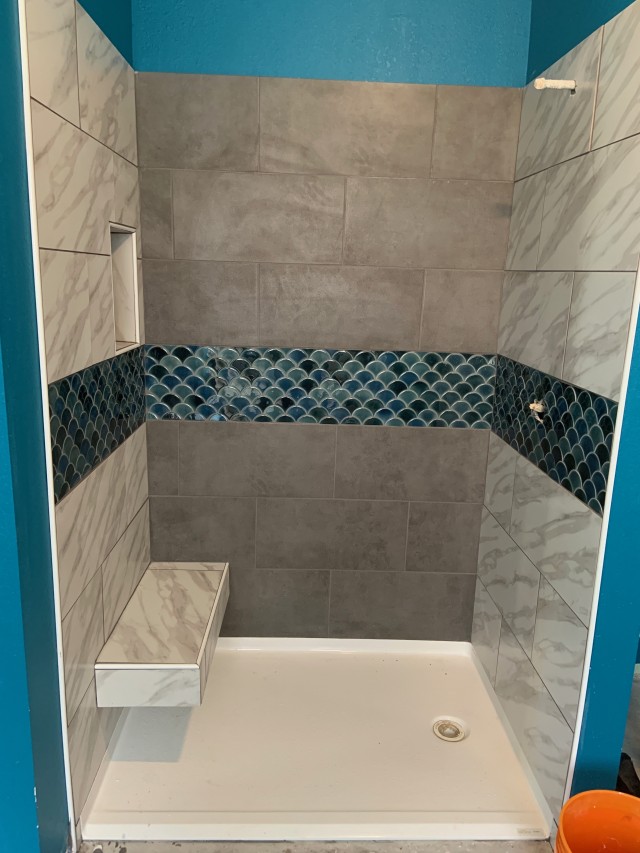 Terry and Colleen Saffron fell in love as seniors in high school.  By then, Terry had already enlisted in the U.S. Army and was waiting until graduation to enter the service.

In June 2019, the couple celebrates their 30th wedding anniversary.  The first half of those years were fairly typical for a military family – different deployments, different duties.  But all that changed on May 5, 2004 when an Improvised Explosive Device hit Terry’s military vehicle in Iraq. The attack killed two of his comrades and left him critically wounded.  He lost part of his jaw and all of his right bicep in the blast, which also left him with moderate brain damage.  “He came back very broken,” says Colleen.

Terry underwent dozens of surgeries - including one in which his fibula was grafted to his jaw to restore blood flow to his face.   But medical procedures could only do so much. Fifteen years later, the activities of everyday life are very challenging for him.

But thanks to generous funding from the Home Depot Foundation, Meals on Wheels Central Texas’ Home Repair program was able to make everyday living a little easier by replacing an old, narrow shower in the couple’s home with a much larger, safer space for Terry to bathe.  Before the repairs, he needed Colleen’s assistance in order to shower. But that’s not the case anymore – Terry can handle it by himself now.

Sometimes, it’s the little things in life that can mean so much.  Collen says of her husband “he’s lost a lot.  To see him have his dignity restored, it’s just so exciting.”