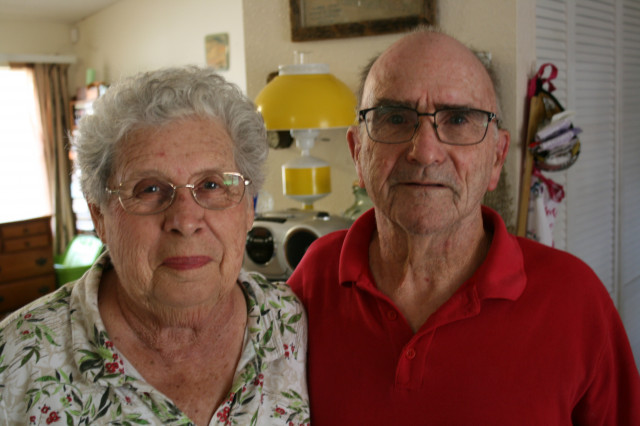 High school sweethearts that built a life together. That was Lucy and Bill Bradshaw. Introduced at Travis High by mutual friends, the two quickly became an item and wanted to make it permanent. But says Lucy " Our daddies didn't allow us to get married unless we graduated." So graduate they did and Bill quickly went off to serve in the military while Lucy raised their children at home. After retiring from the US Postal Service,Bill and Lucy took on the full time care of their parents– caring for them until they passed, peacefully at home. As important as it was to care for their parents, as Lucy noted " We were taught responsibility but we got into debt." They soon sold their Austin home and realized a life long dream of living on the coast in an RV enjoying the freedom of life on the road. However, that dream was cut short when Bill was diagnosed with cancer. Knowing that he needed better healthcare than what they could get on the coast, they moved to Lockhart where, with a VA loan, they purchased their home in 2012. The house came in need of a paint job and upgrades the Bradshaws couldn't afford. They were receiving Meals on Wheels food delivery and Lucy noticed the Home Repair Program on the weekly pamphlet she received. She quickly applied and because of their low income status, were approved. Because of the generous funding from The Home Depot Foundation, the Bradshaws were able to get their home repainted inside and out, their broken garage door was fixed, upgrades were made throughout the kitchen and bathroom and most importantly, doorways were widened to accomodations a wheelchair which Bill will be using in the near future. Looking around at their home, Lucy feels content " we'll stay here as long as we can. Mortgage is cheaper than rent and we don't have to go anywhere. Meals on Wheels has really helped us out."