“We’re Helping Animals and the People Who Love Them” 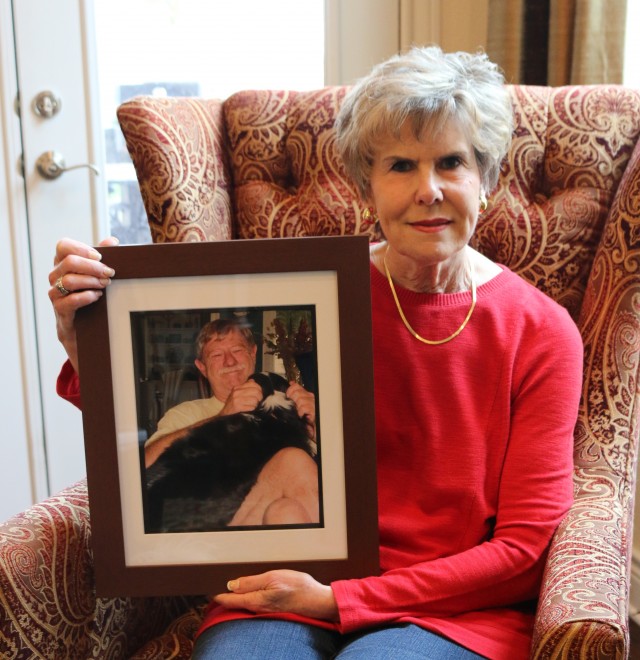 “His two passions were his science and his devotion to animals,” says Laura Deutsch of her late husband, Andy. “There were always dogs in his life. He had been a bachelor for most of his life and his dog was his family.”

Laura and Andy met in 1991 – they were both working at LSU, she as the Director of Graduate Records, and he as the Graduate Advisor for the Department of Biochemistry. At the time, Andy had a Miniature Schnauzer named Dog.  “By the time I met Andy, Dog was very old. The dog loved him and he loved the dog. That tells you a lot about a person,” says Laura.

When the two got married, Laura had two cats. “This is another instance of Andy with animals.  He was allergic to cats. I offered many times to find good homes for them. But he wouldn’t let me. He took allergy shots instead,” Laura recalls.

Andy spared no expense when it came to the well-being of his pets. “We knew there were people who were not as fortunate as we were, who didn’t have the means to do as much as we could for our pets, and that was heightened when our border collie had congestive heart failure. We spent a lot of money to care for him,” says Laura.

That experience stuck with Andy, and he decided to leave money in his will to help Central Texans who cannot afford veterinary care for their pets. When Andy passed away last year, Laura searched for a non-profit that respected and preserved the human-animal bond that was so important to Andy during his life. That’s how she learned about MOWCTX’s PALS (Pets Assisting the Lives of Seniors) program, which provides free pet food and free basic vet care for our homebound clients who have a dog or cat. She donated the money to PALS:  “The people who PALS serves have to make those kinds of decisions about either having to neglect their animals, or themselves. They have to depend on outside help to do any of that. We’re helping animals and the people who love them. That’s where I felt we could make an impact. I feel like Andy sits on my shoulder.”

At our upcoming PALS Brunch Benefit, you can sponsor a pet during the “Adopt-A-Care” section of the programming and provide basic necessities and vet care for an animal for up to a year. Thanks to the Deutsch family, every dollar, up to $15,000, will be matched when you sponsor a pet at the event! Click to purchase tickets.